A History of Love

My mother worked in the most prestigious restaurant in Bologna while I grew up with my grandparents. My Mum was always working in the kitchen, the same kitchen that, at the age of 17, saw me washing dishes and peeling potatoes.

At a very young age, my Grandmother began to teach me the secrets of the traditional local cuisine of Bologna. She always told me that I had to learn how to make good pasta if I wanted to find a husband.

My relationship with food was "love-hate". I was fascinated to watch my grandmother's able hands turning a few ingredients into something so delicious. On the other hand, food kept my mother away from me as she was always working in the kitchen. My mother was responsible for the culinary delights of the wealthy elite. 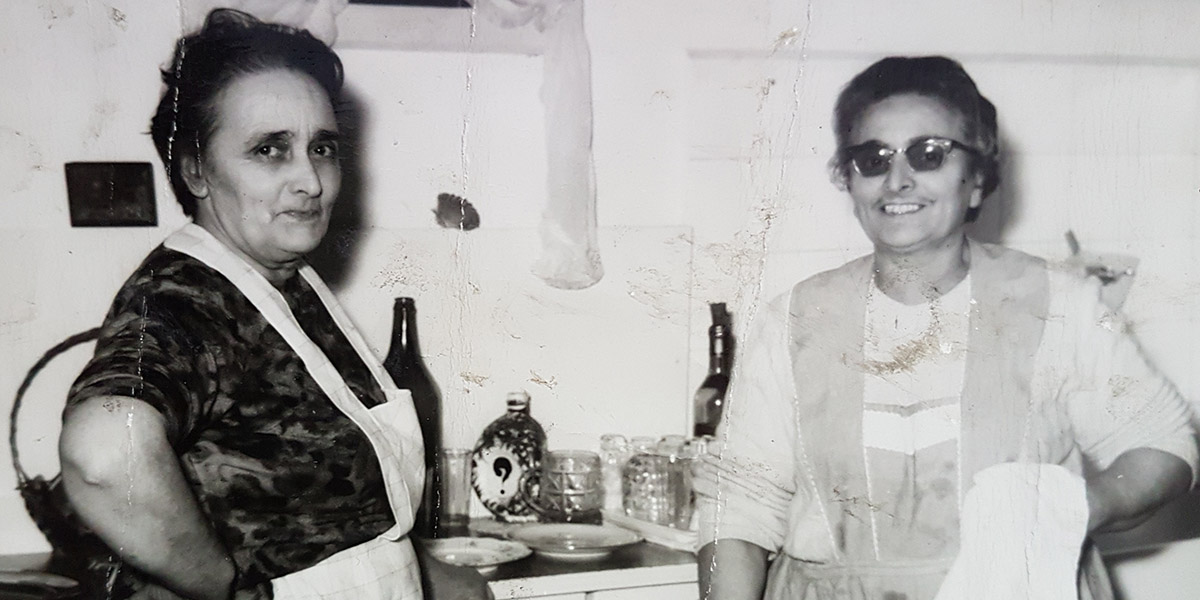 My Grandmother was an uncompromising woman, deeply rooted to her land. Born in the early 1900’s to a farming family, she was raised to work hard and display good manners as demanded by the land-owner’s wife, at the property where they all worked and lived. From age 12, she began working in the main house where she was taught how to cook according to the local rules and traditions. 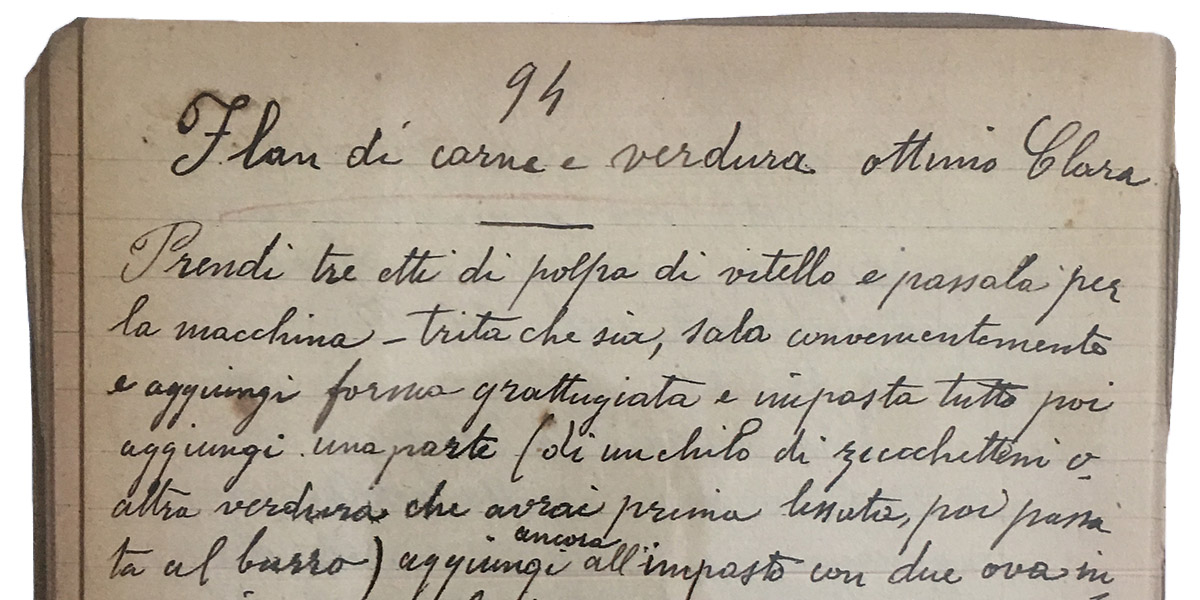 When the matriarch died, my grandmother acquired the notebooks full of all the recipes they had written together. These were the precious notebooks that I was allowed to read but never touch. These were the best kept secrets able to satisfy even the most demanding palates.

After some years working alongside my mother washing dishes and watching her skilful hands, it was the time for me to wear a chef’s apron and follow her, step by step, at the stove.

At that time I was attending art school pursuing my passion for the arts and my desire to draw. After graduation, I worked for a few years as a set designer for a film production company. It was there one evening, in front of a buffet prepared for a production, that I realised how strong was my passion for cooking.

I opened my very first Café in 1998, in the city of Bologna and soon after felt the need to run a real restaurant, perhaps with a bit of land to grow some vegetables. 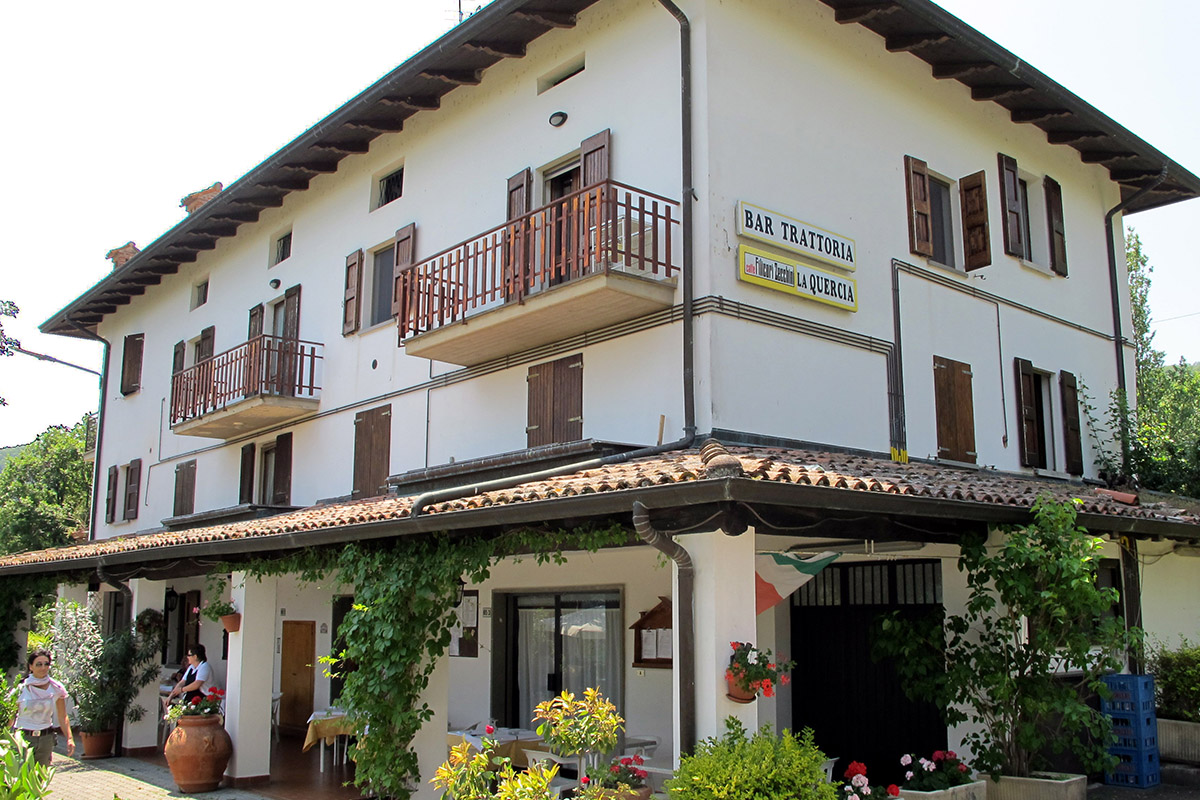 I shared my ideas and dreams with friends, and it was a friend of my mother who came to me one day with a picture of a house in the hills surrounding Bologna and said: "I have found your place!" It had a restaurant in it already, and had been closed for a few years. It was love at first sight!

I opened the doors of my first restaurant in September 1999. My mother and I in the kitchen, my grandmother preparing fresh pasta and my daughter, already a teenager, occasionally as a waitress. It was beautiful. The farmers used to bring us vegetables, eggs, fresh milk and cheese. There was a stone mill in the neighbourhood where they ground many types of flour and I began to make sourdough bread.

On Christmas day of the same year my grandmother gave me her precious notebooks. "You need them now, I'm sure you'll put them to good use" - she said. 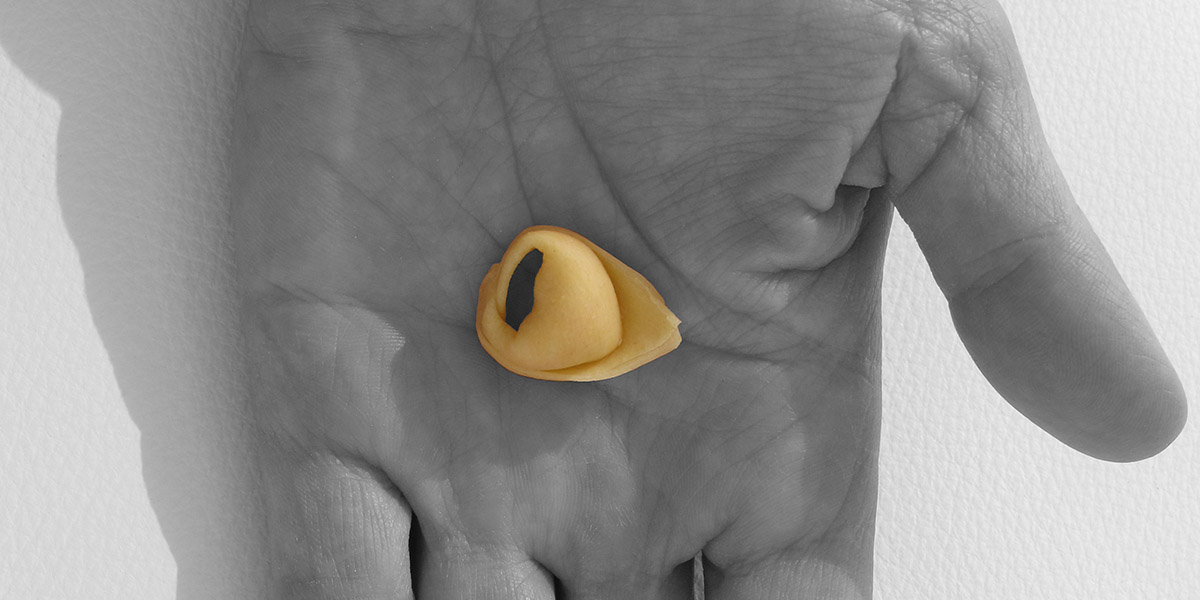 The next 10 years were hard work but immensely satisfying. I learned many things about nature, the production of food, waste, sustainability and about myself.

I learned the meaning of patience and precision, as well as the importance of rules and being organised.

After I sold the restaurant, I moved to the city and worked in one of the best enotecas in Bologna. Here I learned about the vast and complex world of wine. 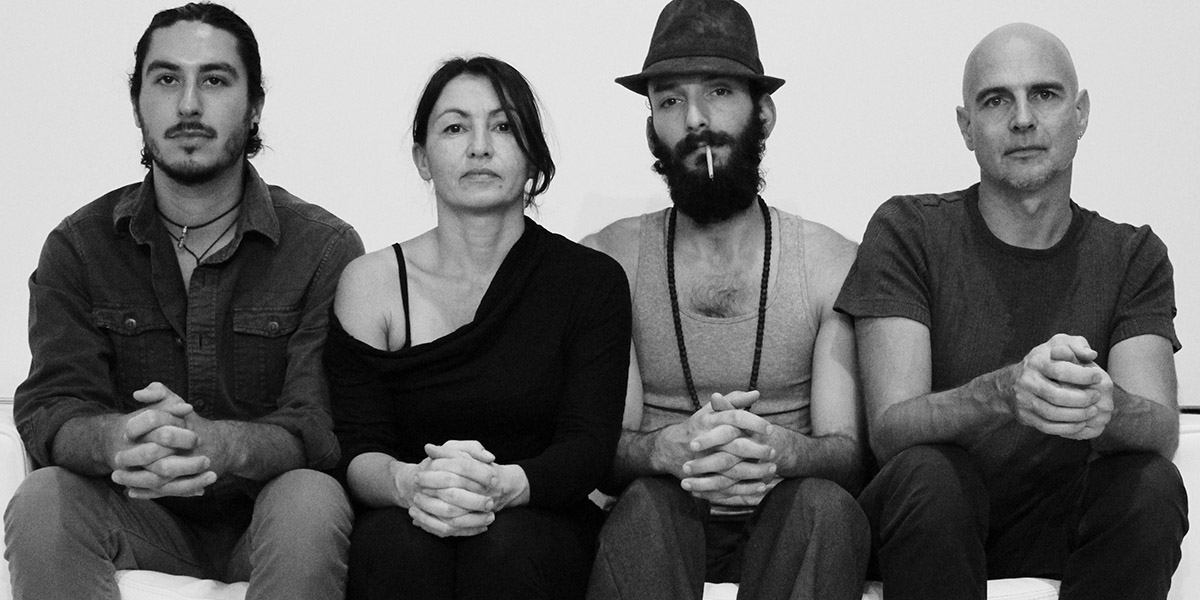 A few years later in the United States I had the chance to work with the great Zak the Baker in Miami. Zak taught me to follow the natural timing of sourdough and how to prepare the healthiest and tastiest bread I have ever eaten. Following that experience, I worked in the kitchen of Angelo Masarin’s Miami restaurant. This was an important step for me as he made me think about the role of traditional Italian cuisine abroad. 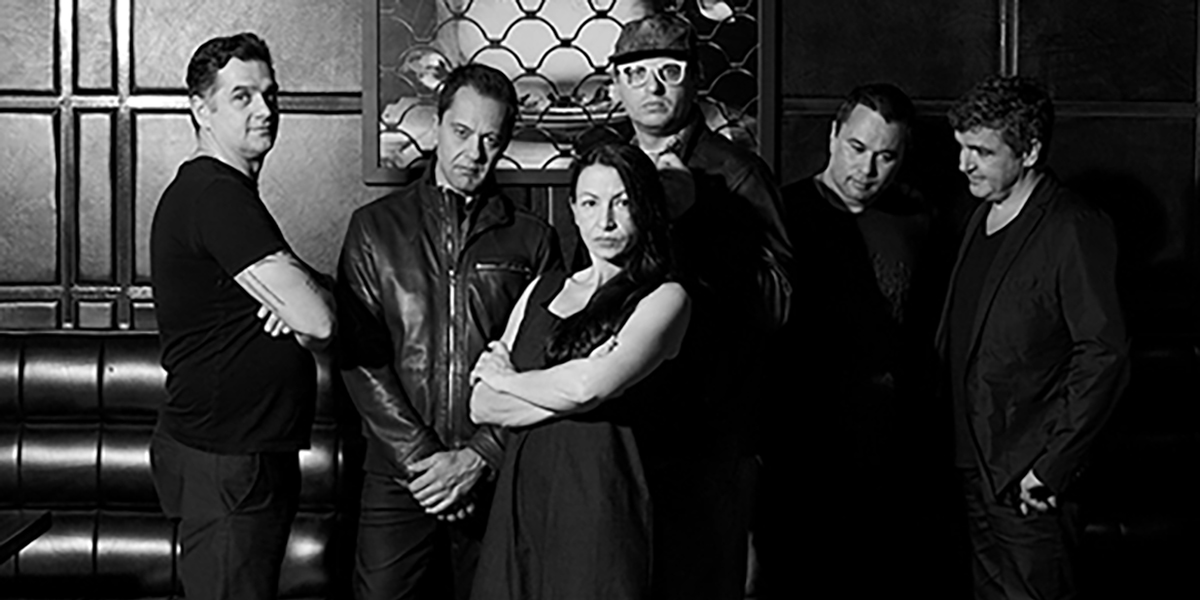 I am convinced that Authenticity and Quality are two pillars of international cuisine. That is why here and now, in this new land I decided to open those precious notebooks and share with you what they lovingly shared with me.